Top 10 Liquors in the World 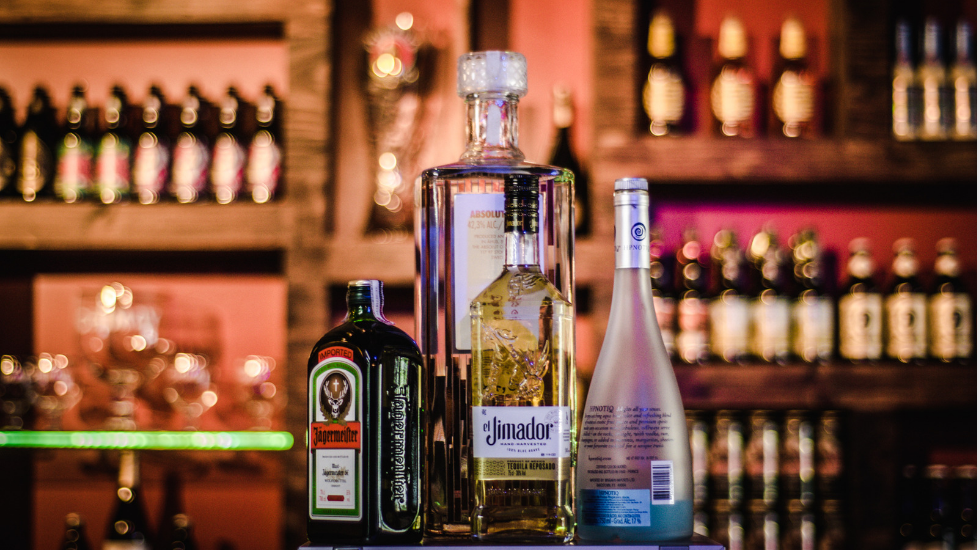 Liquor is defined as any beverage that has been distilled. It includes alcoholic beverages such as rum, vodka, whiskey etc. Its alcohol content varies from twenty to forty per cent though in some cases, it may be more. It is important to note that liquor is not sweet- it may have slightly sweet undertones but compared to liquor which contains added sweeteners, liquor possesses no such added sweetener. In other words, liquors from the base of any liqueur. It contains ethylene or ethyl alcohol that acts as an intoxicating agent.

Often, a celebration of an event, achievement, or simply life, in general, does not mean going all out or an event on a grand scale, a quiet cozy moment at home also often goes a long way. A quiet environment, a break from the daily monotony of life or the exuberant adrenaline rush after a promotion or achievement or simply fun goes well with a glass of delicious, aromatic liquor, should you be inclined to partake in it.

There are many types of liquors and brands but some have been a favourite of many types and nationalities of people over time and distance. Here are the global top 10 brands to help you make your moment a little more amazing and a little more enchanting:

Top 10 Liquors in the World

This brand originates in China and is a style of baijiu worth having. Also known as Maotai, it is a distilled Chinese liquor made in the town of Maotai in the Ghizu province. The water used in the making of this liquor is rich in micronutrients. The liquor itself has a unique, savoury taste similar to that of soy sauce.

It is currently the liquor of choice to foreign dignitaries as well as an accepted bribe to officials.

This is another Chinese baijiu style of liquor made from prose millet, maize, long-grain rice, wheat and glutinous rice. This liquor has a strong aroma and an equally strong flavour. It has a marked taste of fruitiness with strong tones of pineapple.

This baijiu dates back to the Ming dynasty and some of the pits used back then are still used today in the manufacture of this liquor, though it has been refined over the years.

The distillery for this liquor is located in China’s capital of spirits, the city of Suqian. This Baijiu is known for its mellow taste and fragrance. It is one of the leading whiskey brands in the Chinese market of Baijiu and is considered among the best internationally.

It has a very complex taste with the intertwining of many flavours whose discovery varies depending upon the palate of the person concerned.

This belongs to the class of baijiu with a “strong aroma”. It is made from fermented sorghum. It contains more than 50% alcohol and is a clear liquid with a strong aroma of peaches. The distillery itself is located in Liuzhou in southern Sichuan, China.

It is sweet and horsey and initiates a strong burst of flavour in the first instance of drinking and an alcohol burn is soon to follow.

This is a brand of Tennessee Whiskey and is the best-selling whiskey in the world. It is produced in Lynchburg, Tennessee. It meets the criteria for a straight bourbon though that is not the tag used by the company.

The whiskey itself has a sweet aroma of brown sugar, wood and resin and the taste of cinnamon, oranges and wood. It has a slightly sweet taste along with a taste of wood.

Johnnie Walker is a Scotch whiskey, it is currently owned by Diageo and came into existence in the Scottish burgh of East Ayrshire. The flavours of this whiskey vary according to the labels however, the whiskey itself is known for its smoothness.

The full name of the distiller of this liquor is commonly known as Jas Hennessy and Co. It is located in Cognac, France. The liquor stores themselves are a type of brandy, a cognac to be more precise, and comprises about 40% of the world’s cognac supply.

In addition to the classic taste of brandy, there is an underlying hint of sweetness to this liquor.

This is a brand of vodka produced by the British company Diageo. The products of Smirnoff are classic, flavoured and malt beverages. The vodka in this case is unaged and is considered to be among the best tasting vodka around the world.

The best flavours are Smirnoff Raspberry, Smirnoff Sourced Red Ruby Grapefruit, Smirnoff Red White and Berry, Smirnoff Pomegranate and Smirnoff Orange. It is also popular in the preparation of cocktails due to its varied flavours.

This is a traditional baijiu distilled from water in the well in Boshoku, Anhui Province. The “Gong” in the name means a tribute offered to the emperor- that is how popular this was in ancient China.

Currently, it is a medium shelf baijiu and has a large concentration of wheat in its grain mix. It possesses an underlying sweetness and is followed by alcohol burn.

Bacardi Limited is one of the largest private spirits companies globally. It has over 200 strong brands and labels. The liquor itself is rum. The 5 most popular flavours of Bacardi are Limon, Peach, Dragon Berry, Coconut and Grand Melon.

It is worth mentioning some of the best-selling brands across the world- Jingo (soju), Officer’s Choice (Whiskey), Emperador (Brandy) and Tanduay (Rum).

So, wherever you are across the world, pamper yourself and others should you wish once in a while with these exquisite liquors or their derived liqueurs, as the case may be, and enjoy yourself. However, be careful and drink responsibly- it is all fun and games till one ends up hurting others or oneself. Cheers to you Reader!