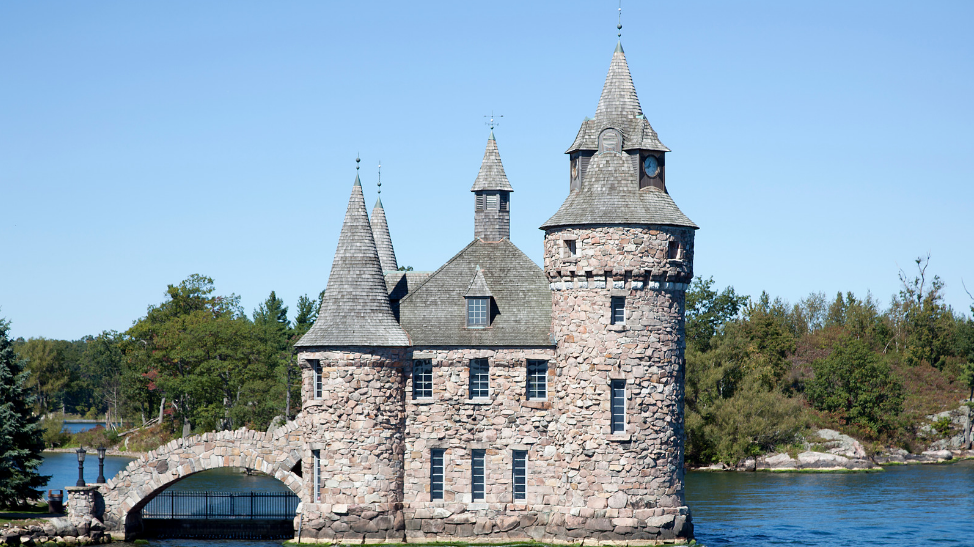 Historically, castles were constructed by European kings and rulers to keep the intruders away with their draw bridges, turrets and watchtowers, and thick walls. The other reason behind the construction of these castles was to remind the public who was in charge. Many are planning to go to Europe to visit castles, do you know, America has the most Fabolous castles that attract visitors every day. Although America’s castles are not old enough, dating back to the middle ages like those found in Europe, they are still amazing to visit as evidence of the American interpretation of Gothic and medieval architecture.

The Titans’ American castles, primarily built in the mid-19th and early 20th centuries, were inspired by their European counterparts. Many courts are excellently equipped with beautiful art collections, period furnishings, breathtaking views, and magnificent gardens. Hence we put together a top 10 list of the most beautiful medieval castle experiences in America that shall take you back in time to the Middle Ages, or you may even feel that you are in a gilded age fairytale.

Top 10 Medieval Buildings in the USA

It is located in the marvelous beauty of Saint Lawrence Rivers thousand Islands and is inspired by castles on the Rhine. In 1900, the billionaire hotel magnate George Siebold, creator of the world-famous Waldorf Astoria hotel in New York.

Decided to build a full-size castle in Alexandria Bay on heart island that would compete with any other castle in the Rhineland. He arranged a team of 300 workers for constructing this tower. The castle is six Storeys high and has won 20 rooms in addition to a powerhouse, journals, a Children’s playhouse, Italian gardens, and a basement bowling alley, and an indoor swimming pool.

Between 1902-1904 the singer Castle was constructed by Frederick Gilbert Bourne, president of the singer manufacturing company, on dark Island. His motive behind building this castle was to surprise his wife Emma and their children with an island.

The castle’s architect, Ernest Flagg, designed the singer Castle after Sir Walter Scott’s novel Woodstock castle. In 1902 after purchasing the dark Island, Bourne Gathered a team of Italian masons To construct this castle with local Granite. The castle is four floors high with 28 rooms, an elegant boat House and a four-story tower.

Hammond Castle is a medieval-style building that overlooks the harbor of Gloucester, Massachusetts. It was built between 1926-1929 by John Hayes Hammond. Mr. Hammond was an eccentric American inventor That was a protege of Thomas Edison.

The exterior of the castle is made with Cape ann granite That was mined from the Hills nearby. Its interior is mainly composed of European churches, palaces, and buildings Hammond had purchased during his travels.

Ferdinand Mangold designed Lyndhurst Castle, which was built in the Gothic revival style. Its stance on 67 Park-like acres just beside the Hudson River. One of the most famous architects of that time, Alexander Jackson Davis, was commissioned.

William Paulding, To construct the state as his goodbye from the city. The House had fanciful Tourettes, Asymmetrical outline, and other vague elements that depicted the new romanticism trend in which Gothic architecture had a crucial place.

The Castle of Bettendorf took its inspiration from the court Vianden in Luxembourg, which was among the largest fortified courts west of the river Rhine built between the 10th and 14th centuries. The castle features the water-filled moat, Dungen, wishing well, Courtyard, and other highlights.

A small boy from Luxembourg while playing in the Rhine river have explored the historic castle in his hometown, Vianden. This little boy in 1931, Theodore Bettendorf, came to the United States and began constructing his castle in Fox river grove.

Its construction started in 1994 and took 15 years to complete using the same building materials and methods that would have been used 800 years ago. Almost 8000 tonnes of hand-chiseled stones and 1 million antique bricks were brought in from Europe for the construction process.

The Gillette Castle that Resembles a medieval fortress is built on one of the hills known as seven sisters that overlook the Connecticut River. Belt of local Chalk and grey Fieldstone, this court Keystone castle was designed and constructed between 1914 and 1919.

The famous actor William Gillette playing Sherlock Holmes, built this dream castle. Gillette is well known as Holmes and has helped to develop the character as we know it today. This 24 room Castle features 47 different steampunk-like doorknobs, secret doors, puzzle locks, and a secret room.

This whimsical castle came out of nowhere without any plans, and the entire structure was reinforced with concrete powder, a new invention in its day. This storybook stone castle was inspired by a 13th century Gothic Ryan castle even though the result mixed various architectural styles.

This castle was constructed between the years of 1902 and 1912 by Henry Chapman Mercer. He was a master of prehistoric archaeology, maker of unusual Tile, an artisan, and writer of Gothic tales. Fonthill Consists of numerous Gothic doorways, several always dead ends, 22 stairways in unexpected places, and 44 different rooms, with every room having ten doors.

The Smithsonian was built from a donation of $500,000 by a French-born British-raised man named James Smithsonian, who never came to Washington DC. His will stated that if he were to die without heirs, all his money should go to the united states to find an establishment under his name, the Smithsonian Institution of Washington.

The Cloisters are owned by the metropolitan museum of art and was designed in the style of Gothic and Romanesque periods. It overlooks the Hudson River, and this property was designed to generate a sense of medieval European life.

It is among the best places in the united states to witness medieval art. This fabulous complex contains a series of chappals, medical Gardens, and themed galleries, including  Romanesque, Spanish, Unicorn, and Gothic rooms.

5 Tips to Manage Your Legal Problems